There is talk of Leader Health on the future Hospital: 3 questions for Thierry Courbis in Architecture Chronicles 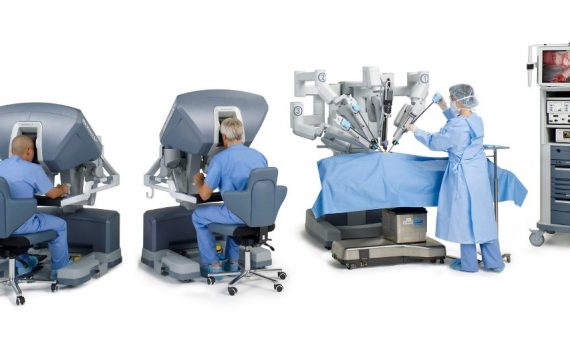 There is talk of Leader Health on the future Hospital: 3 questions for Thierry Courbis in Architecture Chronicles

What funding model? What models abroad? What are France obstacles to the development of the digital hospital? Thierry Courbis has practiced for over 20 years in France and abroad in all areas of large hospitals Branch. He is now CEO of Leader Health, a consulting and strategic assistance to specialized Project Management including digital processing * Chronicles. The model of the Central Hospital where he is focused-functions condemned?

Thierry Courbis: The classic concentration economy may still be working, according to its history and location, but it is anyway affected by the new digital model. For example, the Mount Sinai Hospital in New York includes seven hospitals but if previously the links between them were physical and were reflected in space today with the addition of coordinated networks with many hospitals affiliates, Mount Sinai now functions as a hub. It is the same for Cleveland Clinic, other international reference. This new model is that of coordination of collective intelligence. Only digital technologies can enable operational constitution of this network.

Take into account an important factor which can result in cost m². To cure the cheapest m² is housing and that of the intermediate structure, and that of the hospital. But surgery is less bloody, less invasive, the success of minimally invasive surgical robot Da Vinci, used by around fifty establishments in France since 2008, attests. This tool allows for heavy interventions while making only small incisions with a corollary real benefits for the patient. For operations of the prostate, for example, the robot demonstrated logically, unrivaled dexterity, other machines offer innovative operative procedures: gynecology, neurosurgery. The technology is not only less invasive, but also relocates. It can operate remotely. Today in Strasbourg IHU, advanced teams working on minimally invasive technologies for image-guided incisions allow more low (or even passages by natural means) and cuts more fine. These teams have already made remote interventions. No doubt that tomorrow, they could offer a service to the home, in a housing prepared for it.

The economy of the hospital production projects and the function and clinics are transformed by the digital revolution. On the one hand, medicine becomes hybrid, combining the medical art to the art of the engineer. Each specialist can see its scope expanded response. What a revolution when technology allowed a radiologist to now be able to do surgery! Today we go further, faster are used augmented reality. In the light of the last great French projects, that is to say the future CHU Nantes and Caen and the two new hospitals Epinal – Golbey and Lens, it is necessary to launch a debate in France in order to identify major areas for consideration when determining a digital hospital from the design phase. This debate is essential to changing paradigms.


The word revolution is often used to describe the conceptual changes underway in hospitals. This word is it wise?

If not a revolution, building owners and contractors must prepare for a radical transformation. Working on the new project of the building of Emergency University Hospital of Geneva, we recounted the digital revolution emergency in some American HMO where unscheduled consultations carried out remotely from already account for 18% of the market and are billed twice less expensive.

These are not the only areas of research. In Norway, policy makers now calculate amortization not considering the hospital as a building with a mission but a “public good” reusable. After its life cycle, the hospital will be relocated, but the building will serve as a dormitory or social housing. Moreover, following the model of “layers” we will take into account the different lives of the buildings according to their functions, 15 years for a laboratory, 50 to a room, etc. And we will adjust the construction techniques to these different cycles. This will regularly rebuild the functional subsystems and therefore more flexible. All these considerations affect the architectural design of the works, but before that it is the project owner to innovate, and to see further.

Another known example, in Groningen, the Netherlands, where operators have developed a permanent construction cycle, a Phoenix hospital, but never finished reinvented continuously as needed or technological developments. Here again we must consider a new way to design the hospital.


What are, in France, the brakes in this transformation?

In France, one of the difficulties is the programming phase. The search for the next guided programmiste is a set of often very traditional fillers. I have in mind a large reconstruction project of a Parisian university hospital where the demand expressed for the “digital” part held in less than a page (and yet he was there!) While needs for cooking or laboratories were enlarged. Is this reflects less interest? Of course not, it simply demonstrates that the project managers have long expressed their basic needs but have difficulty to project towards innovation. Therefore the programmiste will offer its services, leaning on the request of the building owner and … his program will ultimately translate this fact. As the program is the basis for future specifications construction loads, it is not surprising that the French approaches remain cautious and somewhat innovative, except enlightened work of masters, with conviction and leadership to get their modernist vision before further consideration.

Moreover, another problem also is that the instability of the French management. Too often, each turn gives rise to a new version of the project, up to four times, which tends to paralyze the projects.

Finally, the French financing model seems unsuited. We remember for example that at first, the payment was for the day and to the act, which resulted in drifts, with interest while keeping the patient and multiplying acts. This explains why in a second phase was introduced a block grant system which proved an untied situation soon annuity business; hospitals that saw an increase in their activity were penalized. Whence then the package pathology (per treated case) the famous “T2A” inspired by American models DRG payments. These financing arrangements encouraged specialization and high productivity while excellence and innovation found themselves again penalized, prices of the few interventions being unrepresentative of actual costs.

This time, the difficult and innovative actions are the most poorly paid. In the French model of the T2A for example, funding for telemedicine activities is blocked. Experiments take place, but we are far from the economic motivators for innovation. T2A pushes the hospital to “run faster” but it prohibits him not “turn”. We must feed the machine. Prevention, innovation, coordination of a network, home care are all poorly funded sectors.

It is possible to imagine that in the future, since the hospital will be at the heart of a coordination network, its funding is linked to that network, which would treat anyone anywhere at a cost less than if the intervention was to take place within the hospital. Moreover, the principle of shared network data (big data, multidisciplinary teams) also enables citizens to become a player in this collective, not least by encouraging the efficiency of a collective economy. The design itself of the hospital of the future depends on these shared competencies.

We use cookies to ensure you the best experience on our website. If you continue to use it, we will consider that you accept the use of cookies.Ok